You are here: Home1 / Historic Byers School, a Denver Public School of Science and Technology,... 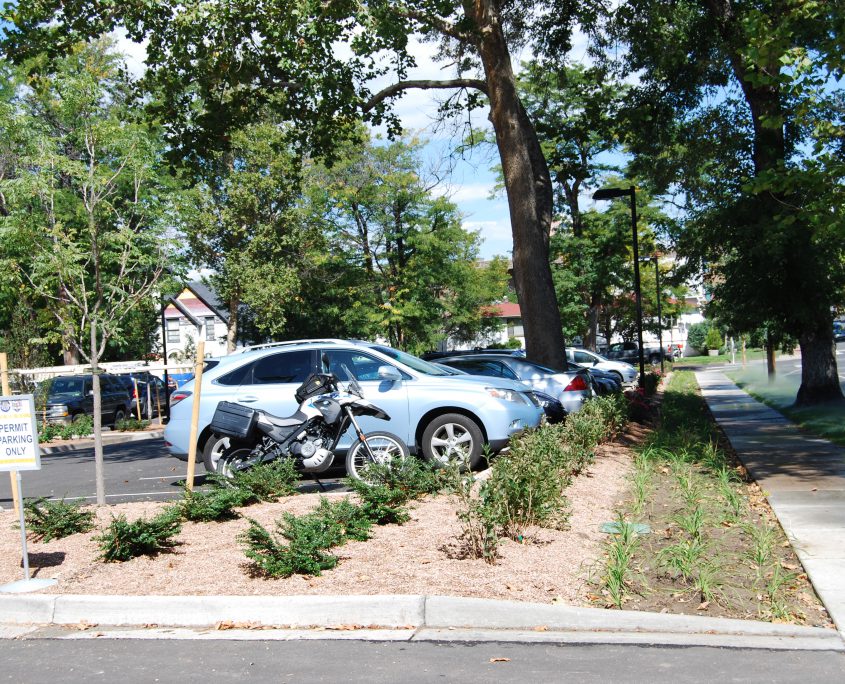 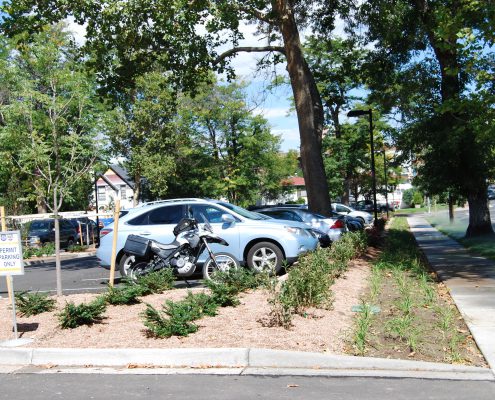 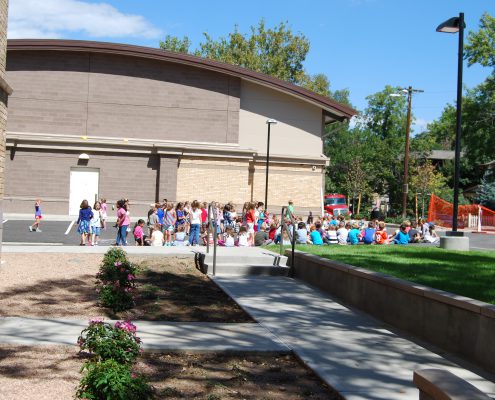 Part One:  In the early 1900’s the Denver School Board acquired the land between Pearl, Pennsylvania, Bayaud and Cedar Streets, on which to construct a junior high school.  The land originally belonged to William Byers, first editor and publisher of the now defunct Rocky Mountain News.  The school was constructed in 1921 and the site was designed and planted during this same period.  Over the years, the school went from a junior high to school offices and then to an alternative school.  In 1997, Denver School of the Arts moved into the Historic Byers School.  While a number of interior improvements were undertaken as part of the move, the budget did not allow for the additional improvements needed to maintain the safety of the school environment.  Since Byers School and its ground are on the historic register, a grant was obtained from the State Historical Fund to partially fund a full historic assessment of the building and site, with a view toward stabilization and rehabilitation of the facility.  Working with Oz Architecture (doing the building assessment), Land Mark Design was commissioned to do the historic site assessment of Historic Byers School complete with photo documentation and written recommendations for stabilization and rehabilitation.

Part Two: A few years later a new school was built for Denver School of the Arts and they moved out leaving the building empty.  In 2004, Eidos Architects was hired by Denver Public Schools (DPS) to design and update the school for a new purpose.  Land Mark Design was part of the design team and was responsible for redesigning the historic landscape.  The design moved forward but the project was later abandoned.

Part Three:  In 2012, DPS decided to turn Historic Byers School into a school of Science & Technology.  Eidos Architects and Land Mark Design were again responsible for the design of the project which needed to adhere to the historic recommendations, as much as possible, while responding to the needs of DPS. Much needed renovation was made to both the building and the landscape. The project was finalized and school opened in the fall of 2015.

Overall plan for the site